Digital currencies: The Past, Present & Future of Crypto

How we got to where we are today in the world of Digital Currencies & crypto.

There is a cyclical nature to everything in life.

If you consider trends that surround us, whether it be fashion, music, tv or films, there is an undeniable cycle to all of them. Whether you were once wearing flares as a teen to now watching GenZ think it’s their new trend, or leaving behind Peter Andre’s curtain hairstyle to frighteningly watching 16-year-olds bring it back with a vengeance in 2021.

Now, I am no fashion or hairstyle connoisseur, but that doesn’t mean I’m not aware at what’s going on around us, including the trends taking place in our digital world.

Because of this thought process, I started to have a think about;

If in so many areas our life is cyclical, could this be the same for fintech, crypto & digital accounting?

With this idea in mind, I believe the only way to judge and understand it further is to take a look at where we have come from in the first place, that way, we may get an idea of where we are going.

How did crypto and fintech start?

American cryptographer David Chaum invented an anonymous encoded electronic money called e-cash. In 1995, he implemented it through Digicash, an early form of encoded electronic payments which required software in order to withdraw notes from a bank and designate specific encrypted keys before they can be sent to a recipient. In simple form, it allowed the digital currency to be completely untraceable.

Digicash was unable to grow the company successfully through the expansion of its user base and filed for bankruptcy, with it later being sold for assets in 2002. Although the first progression failed, this would be far from the end of cryptocurrency.

The NSA published a paper entitled ‘How to Make a Mint: The Cryptography of Anonymous Electronic Cash’, describing a Cryptocurrency system, first publishing it in an MIT mailing list. This paper served as an indication of how seriously the American government were taking the oncoming wave of technological “E-Cash” advancements. I have linked this paper below. I think it is a fascinating retrospective read.

Wei Dai, a computer engineer from Washington , published a paper where he was describing “B money”. He described this as anonymous, electronically distributed cash, which required users to complete a proof of work function with solutions being cryptographically put together and published. It is said that without the work that Wai Dai did Bitcoin wouldn’t exist as it is today. Dais “B Money” paper describes the core pillars of bitcoin.

Over 10 years later, the first and most well-known decentralized cryptocurrency, bitcoin, was created by developer Satoshi Nakamoto. After this point, the flood gates opened.

On 6 August 2014, the UK announced the Treasury had been commissioned a study of cryptocurrencies, and what role, if any, they could play in the UK economy. The study was also to report on whether regulation should be considered. The Chancellor is quoted as having said that “the world of finance as we know it is changing in front of our eyes”. The review looked into “whether regulation of the sector is required, so that virtual currency business can continue to set up in the UK, and for people and businesses to use them safely,”. It was stressed that the objective is to regulate virtual currencies like Bitcoin to make it easier and safer for people to use, rather than to drive it out of Britain.

Bringing us to the present day, in June 2021, El Salvador became the first country to accept Bitcoin as legal tender, after the Legislative Assembly had voted 62–22 to pass a bill submitted by President Nayib Bukele classifying the cryptocurrency as such.

NB: All of that information is very readily available so if any of it piqued your interest, please feel free to look into it some more, and come back so we can get a conversation going!

So, now we have seen the origins of Crypto but what does that tell us about the future?

The main element which I observed is that within this ever-evolving industry, innovation breeds imitation, which when you are looking for mainstream adoption, is a great thing. The more coin options there are, the more likely people are to invest.

The real-world proof of this would be the inception of bitcoin and the slew of coins that it inspired, and how the market has rapidly grown ever since.

Now, what does this mean going forward? I see this as meaning that we can expect explosive new innovations to be followed by similar, but smaller innovations that push the envelope even further. I think we can see this happening in the NFT market now, and it’s incredibly exciting to watch.

To be able to predict what the future holds is impossible and if I could, I’d be a very rich man. The only thing that I do know for certain; we are in for an interesting few years. 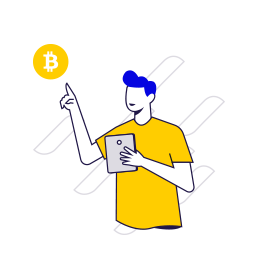 What is cryptocurrency and bitcoin?

We are often asked, what is cryptocurrency and is this just bitcoin? In this blog we explain what cryptocurrencies are and how they can play a […]
Do you like it?
Read more

A Simple Start Guide To NFTs.

What are NFTs & how do they work? Whether you’re new to the crypto world, or have been around for a while, you’ll have a brief […]
Do you like it?
Read more

The Beginners Guide To StrongBlock

StrongBlock; What It Is, How to Earn Money & How It’s Taxed The future of the digital space continues to expand overnight, which to those who […]
Do you like it?
Read more